A natural-born entrepreneur and true innovator at heart. These are the two traits that led Carel van Sorgen to found 247TailorSteel and thereby revolutionize the sheet metal working industry. By realizing his vision, he also revealed a vibrant future for the Dutch manufacturing industry.

At just 21, Carel van Sorgen took his first steps into the steel industry when Sorba, his father’s sheet metal working company in Winterswijk, came under his care. Gradually, he built Sorba up into a company with over 300 employees, before selling it in 1998 for a new adventure. Van Sorgen then fully renovated an Irish golf course, but his commitment to golf course management could not quite stop his thoughts from returning to his old love. He was starting to think about the potential of the Internet, robots, and artificial intelligence, particularly in the context of their application in “his industry”, one that is rather conservative by nature.

In 2003, he sold the golf course and, together with a few programmers, started to put his ideas into practice. They dedicated five years to working on software that would bring the “factory of the future” to life. Originally, the aim was to sell this software to other sheet metal working companies, but their lack of interest prompted Van Sorgen to set up a new factory himself. A factory that is fully controlled by Sophia®: Sophisticated Intelligent Analyzer. 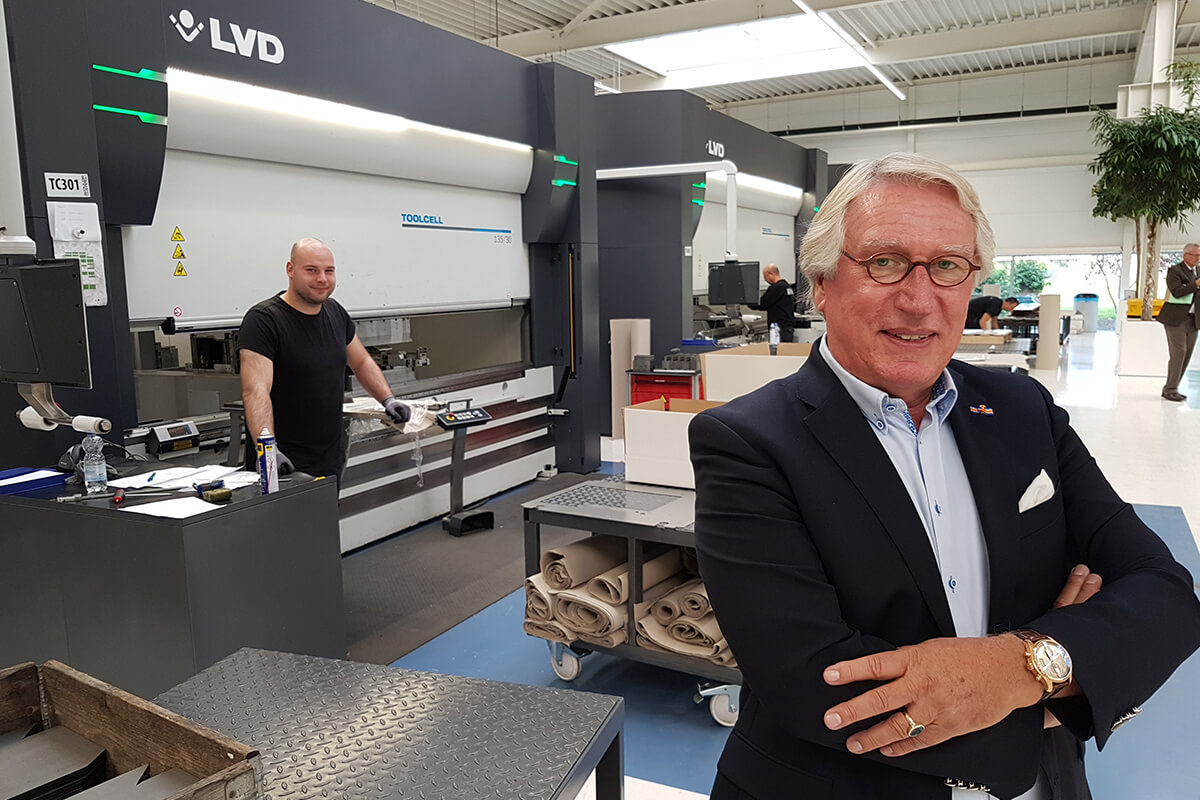 Officer in the Order of Orange-Nassau 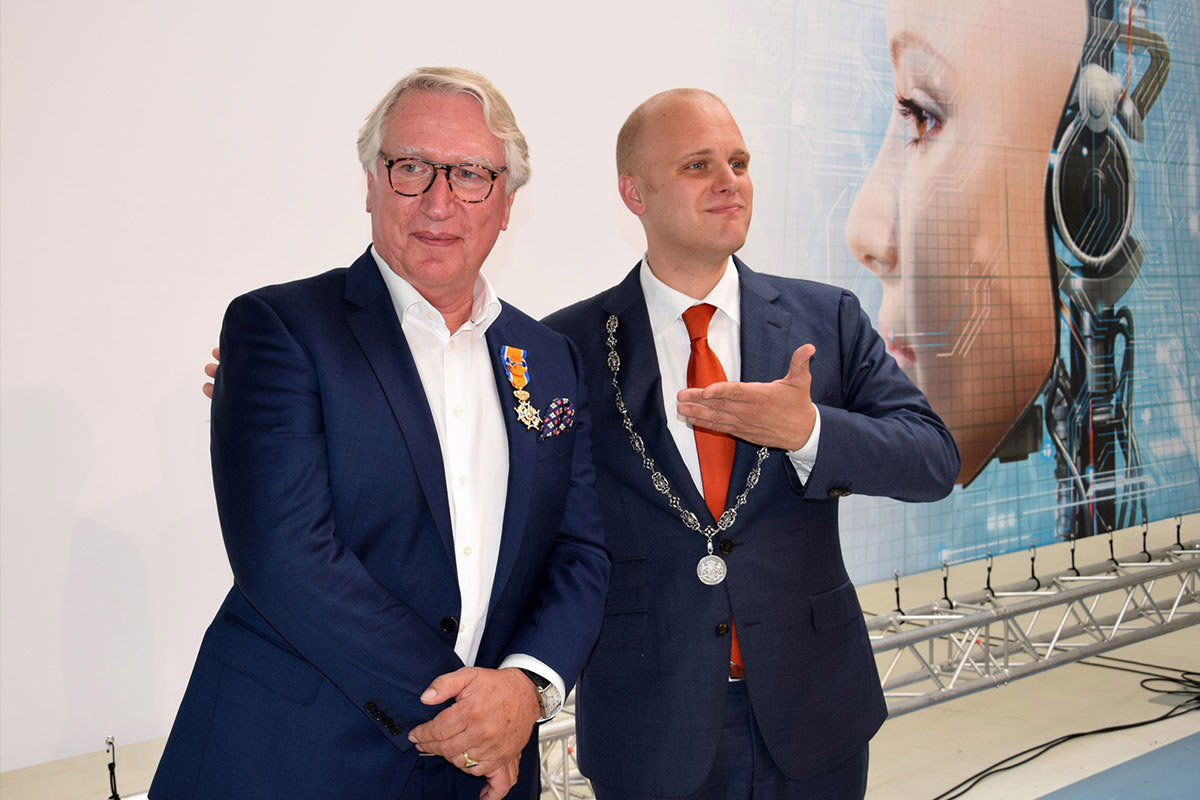 A factory that is on the rise in the Netherlands. This is a clear reversal in trend compared to the many entrepreneurs moving production to Eastern Europe. In 2007, Van Sorgen established a company in the Achterhoek—where the manufacturing industry has traditionally thrived—that would start a revolution in the metalworking sector. The name leaves little to the imagination: 247TailorSteel.

The company has since been experiencing exponential growth in terms of employees, machines, and production space and locations. In 2017, and coinciding with the 10-year anniversary of 247TailorSteel, Van Sorgen received a Royal honor. It was awarded to him by Joris Bengevoord, the mayor of Winterswijk, where Van Sorgen lives. Bengevoord sang the praises of the new Officer in the Order of Orange-Nassau for his pioneering work in the Dutch manufacturing industry and for the considerable contribution that 247TailorSteel has made to employment opportunities.

In the same year, the Smart Bending Factory came into existence. This was the result of huge customer demand to digitize the complex bending process. Of course, Sophia® once again took up her role as director and centerpiece of the production process. This important step also allowed 247TailorSteel to start meeting customer demand for bending work.

The company has continued to grow in subsequent years. The tube laser facility in Winterswijk was fully integrated into the Varsseveld headquarters, which added an extra 7,500 m2 of production space. Van Sorgen's vision has also steadily gained a stronger foothold on foreign soil. Relocating the German production site from Bremen to a newly built factory in Oyten tripled production capacity in Germany.

The appetite of the Varsseveld innovator for international success has only just been whetted. Now 69 years old, Van Sorgen has the ambitious goal of serving all customers that lie within a 200-km radius. That requires capital strength. The private equity fund Parcom is behind this ambition and took a 60% stake in 2019. Van Sorgen indicated that there was an instant understanding with this dynamic investor. He became a minority shareholder, but one with an important voice in the future plans of his brainchild. We passed the torch on at the right moment, in the interest of our customers and certainly of all our employees.

Several international production sites will embody van Sorgen’s vision, as well as the multitude of employees who are or will one day become part of the 247TailorSteel family. After all, despite the continuous automation and digitization in the industry—something to which the company contributes greatly—people and customers will always remain at the heart of 247TailorSteel. And people will never be replaced by machines or robots.

Benefit from the speed of our Sophia® software: